I noticed something interesting on the lawn of a resort at Ko Kood earlier this month. Looking down from the “Beware of falling coconuts” signs, I noticed that the southern section of lawn was primarily seashore paspalum, and that section of lawn was infested with a variety of weeds. 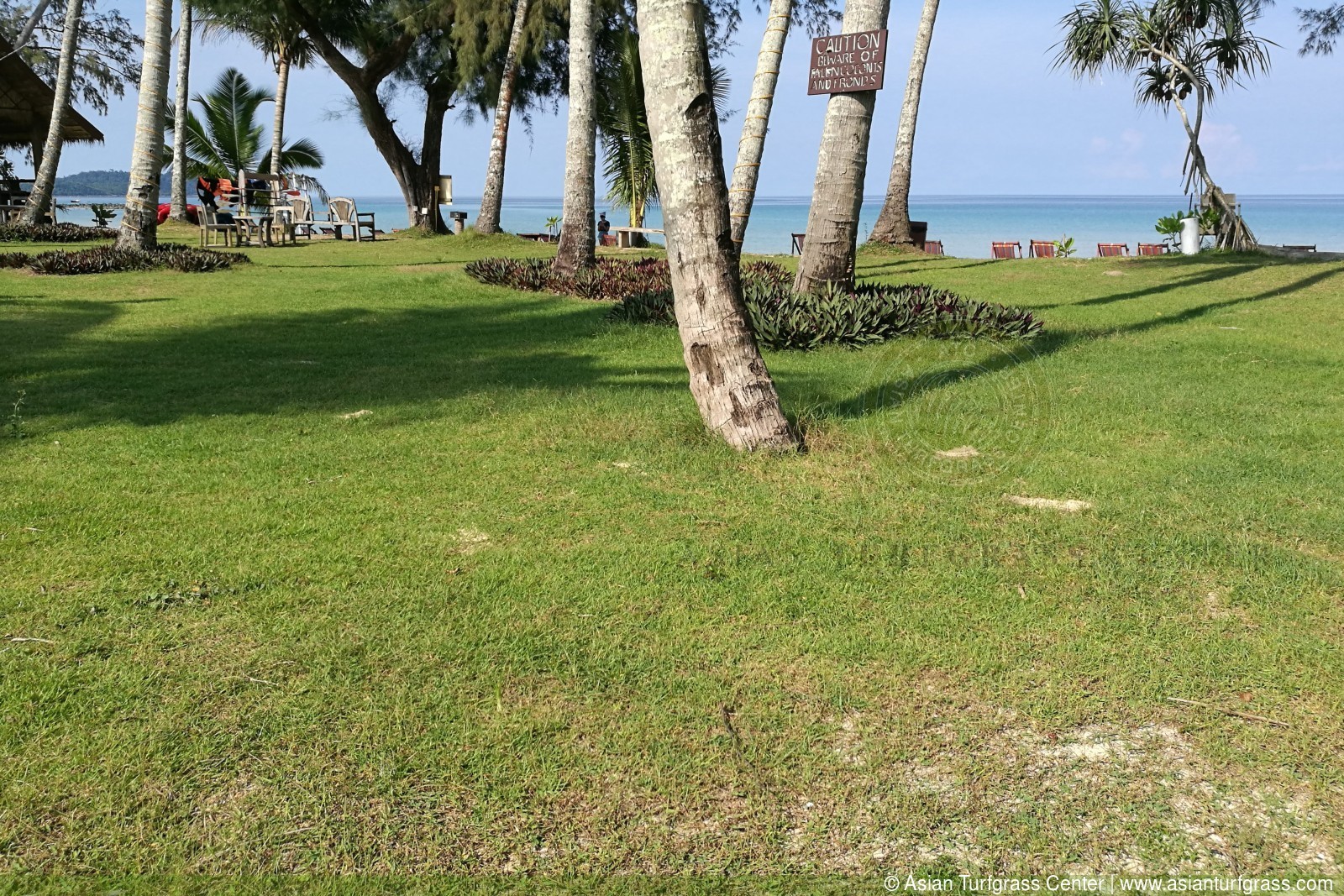 Moving about 30 meters to the north, the lawn was primarily manilagrass, and generally free of weeds. 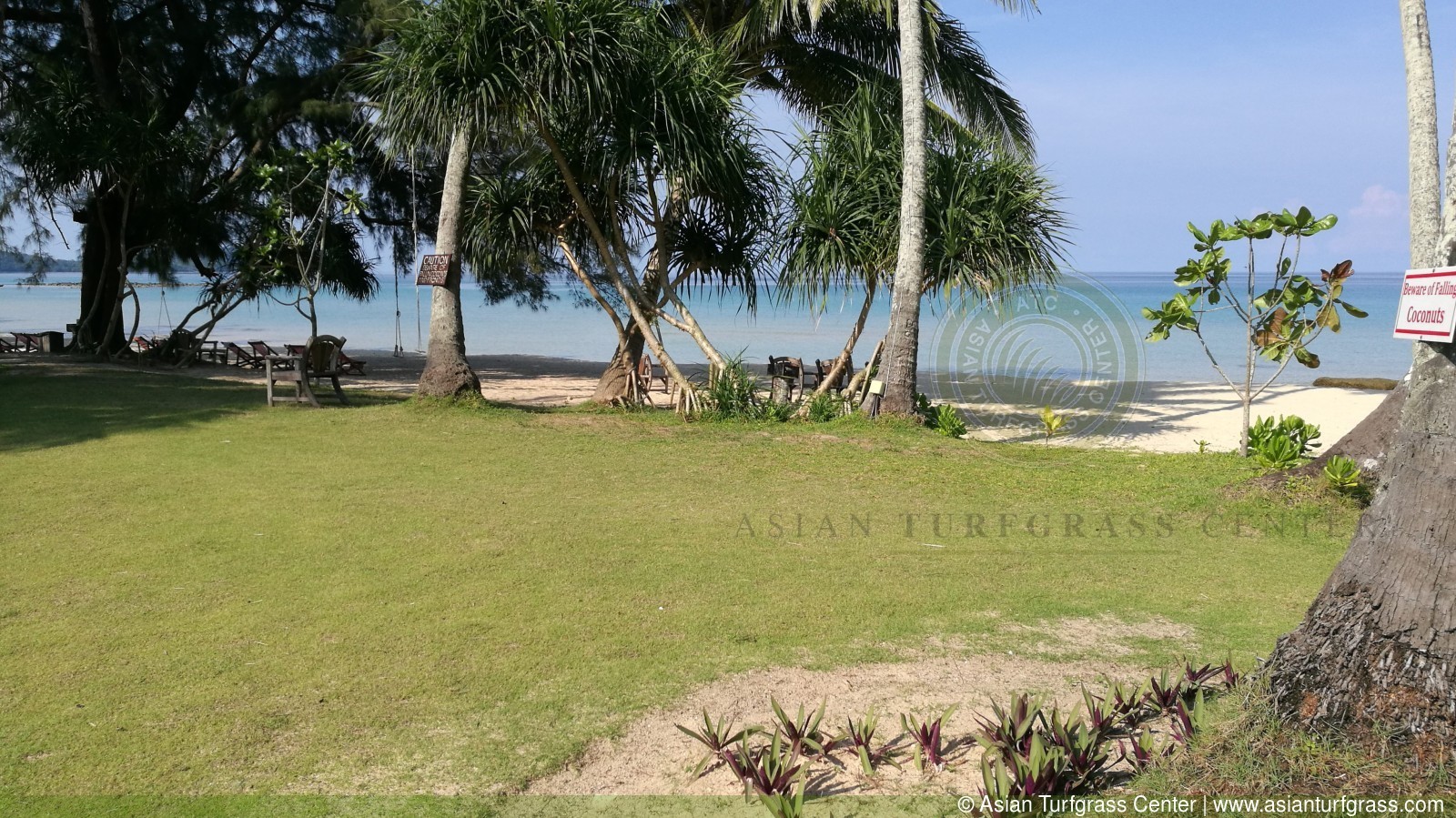 This reminded me of one of my favorite articles about seashore paspalum. I wrote about that article in 2010 as Which is a stronger grass, Paspalum or Zoysia, and the story goes like this. Xie et al. set up an experiment to measure the weed community in a seashore paspalum turf in southern China. They made measurements of weeds in this turf every other month during 2007, identifying the plant species found in each quadrat across a 50 meter transect.

“The seashore paspalum turf has been naturally replaced by manilagrass.”

That’s the process I was observing at Ko Kood.