There are a couple amazing courses that you won’t find on the usual maps of golf clubs in Japan. Most golfers I talked with this year had no idea that there were courses there. And I’d only recently learned about these golf courses at Ukushima and Ojika.

After Andrew Thomson visited these courses in the Goto Islands of Nagasaki, he sent photos, and I knew immediately that I’d love to go there. These are seaside courses, without irrigation, maintained by the members, and I wanted to see what grasses were growing, thriving, and surviving in these conditions.

I wasn’t disappointed. When our traveling party arrived at the Hirabaru Golf Club at Ukushima, cattle were grazing between holes, and before we walked to the first tee I’d already seen a species I hadn’t expected to find—narrow-leaved carpetgrass (Axonopus fissifolious). And the landscape was windblown, clifftop—perfect ground for golf. 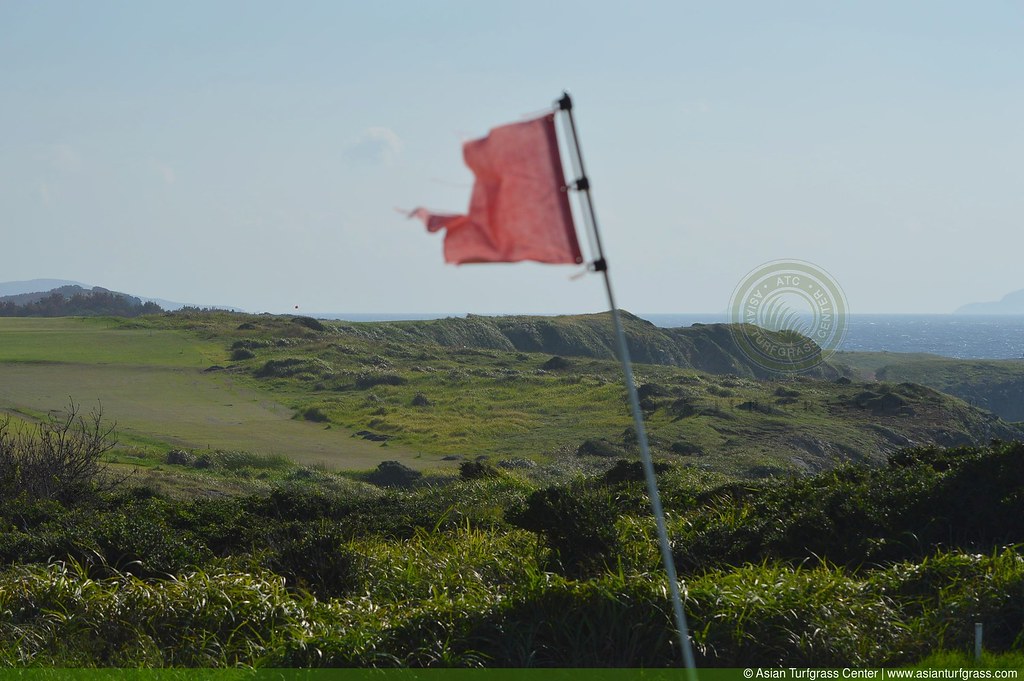 At both of these courses, one can see (and usually hear) the ocean from wherever one is standing. The first three holes at Ukushima are played up to the third green, which may be the highest point on the course. One then looks down to the challenging fourth which has the ocean in play all along the right side. 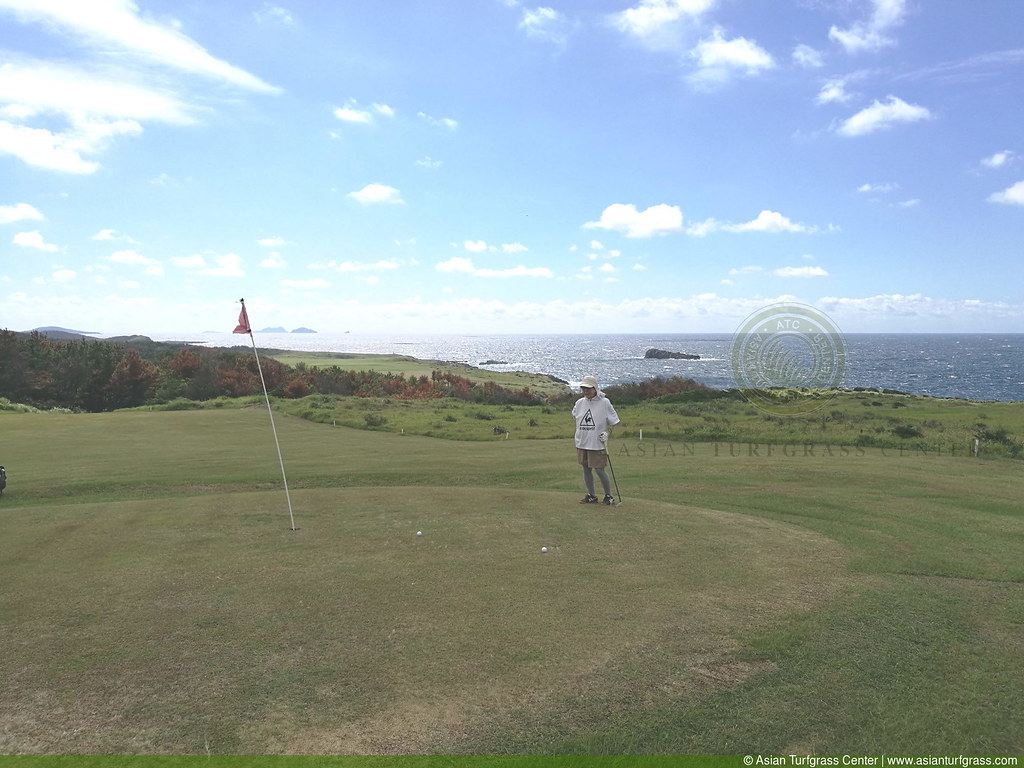 Andrew was kind enough to bring an extra set of clubs for me to play with, and I have to say that the tee shot on the fourth, with a strong wind, and a long carry over wild grass, is a real challenge with a brassie. 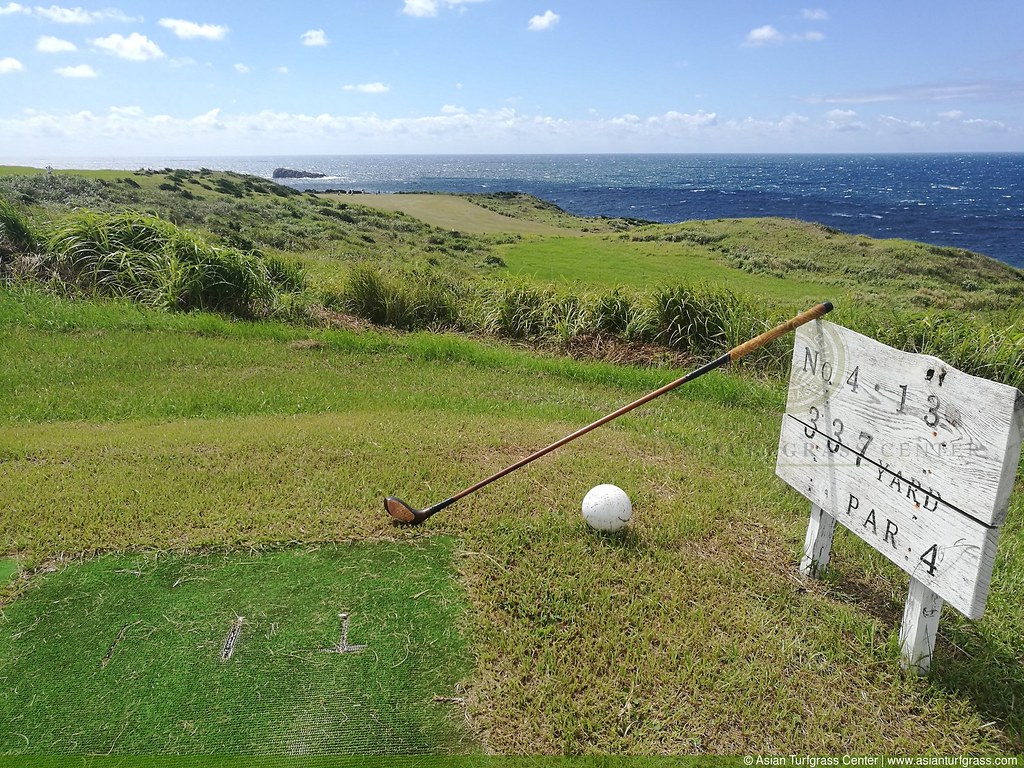 As we discussed as we walked around these courses, and then continued talking over dinner, this would be what golf courses were like—what the playing surfaces would have been like—prior to the First World War.

I tried to keep my eyes on the ground, to check the grasses, but views like this, as one makes the approach to the fourth green, distracted me. 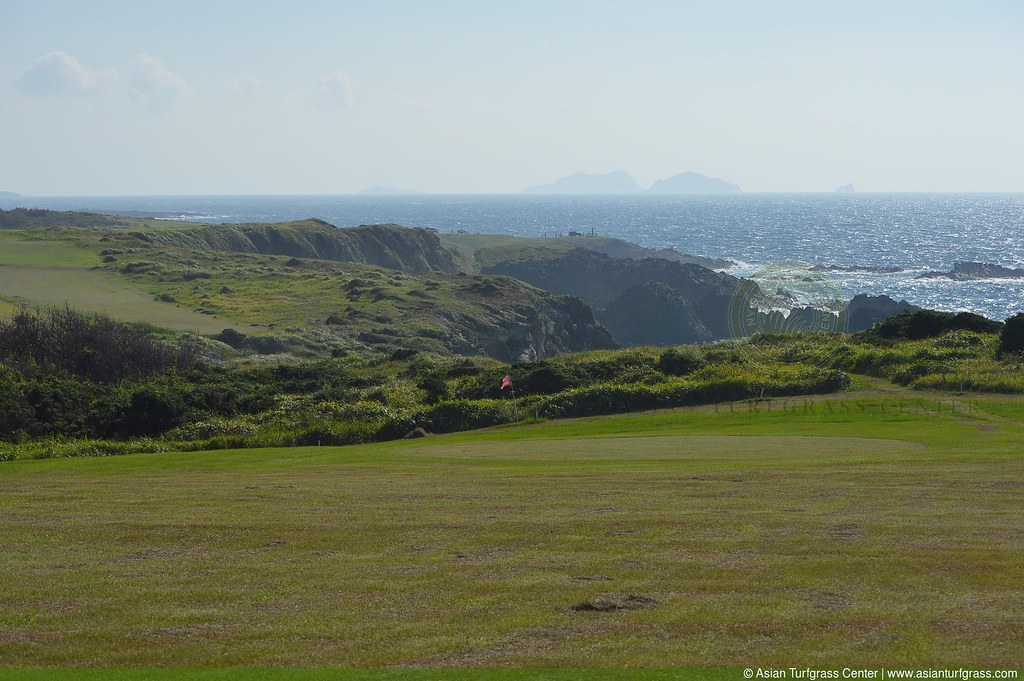 On the fifth there were some thick stands of narrow-leaf carpetgrass. 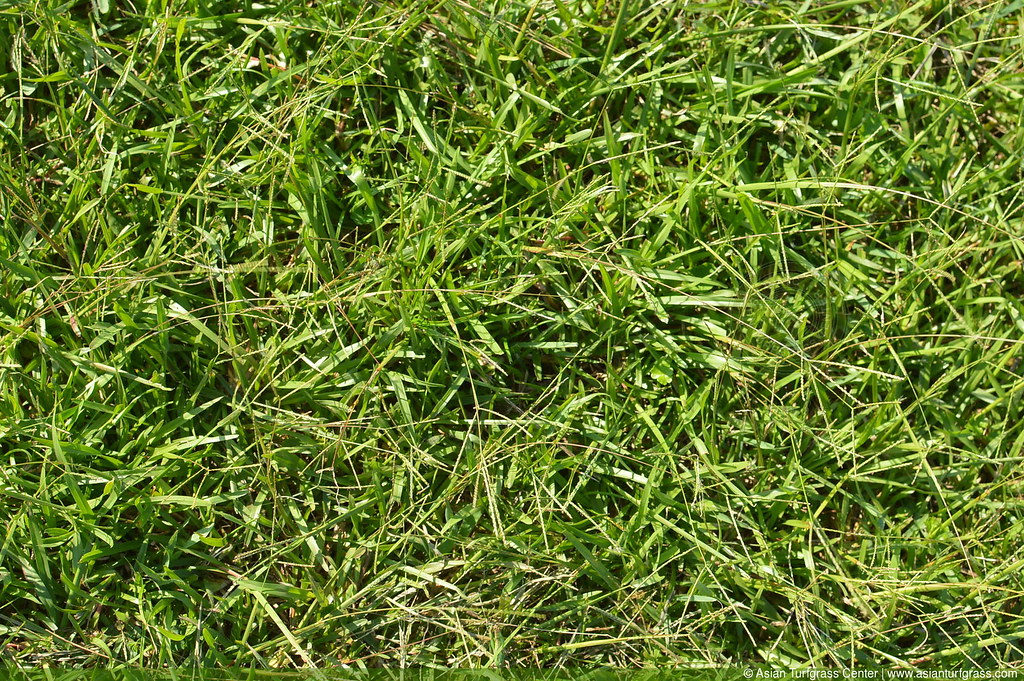 The other species on the fairways were primarily Japanese lawngrass (Zoysia japonica)—noshiba in Japan—which I had expected, and another one that surprised me. That was bahiagrass (Paspalum notatum), which made up a large part of the sward. On the greens, it was primarily manilagrass (Zoysia matrella), or korai as it is called in Japan.

The property seems made for a golf course. 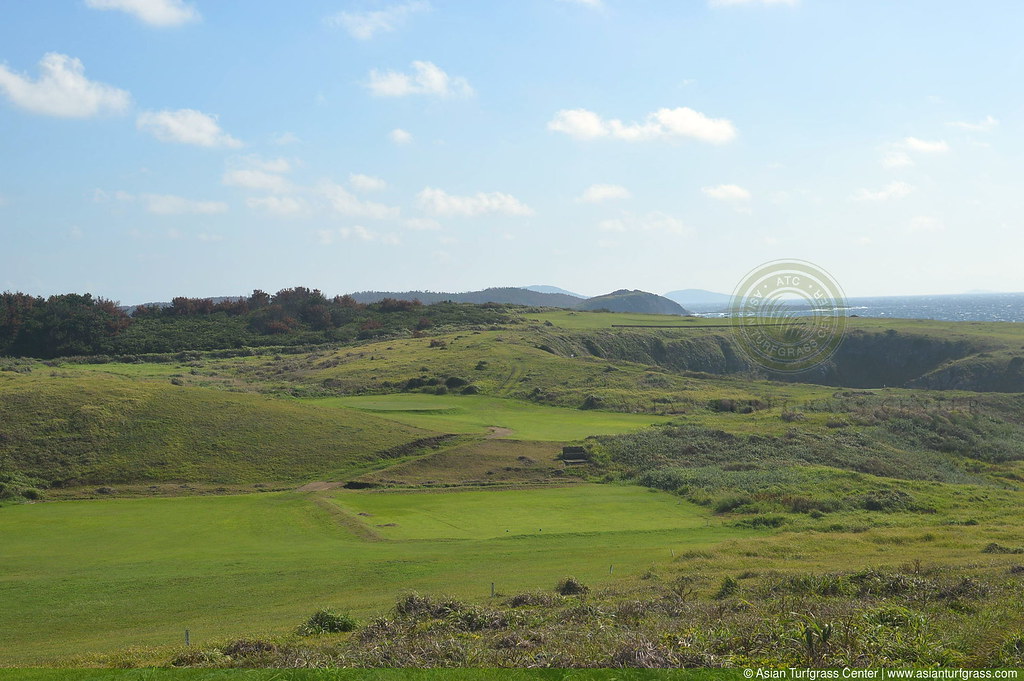 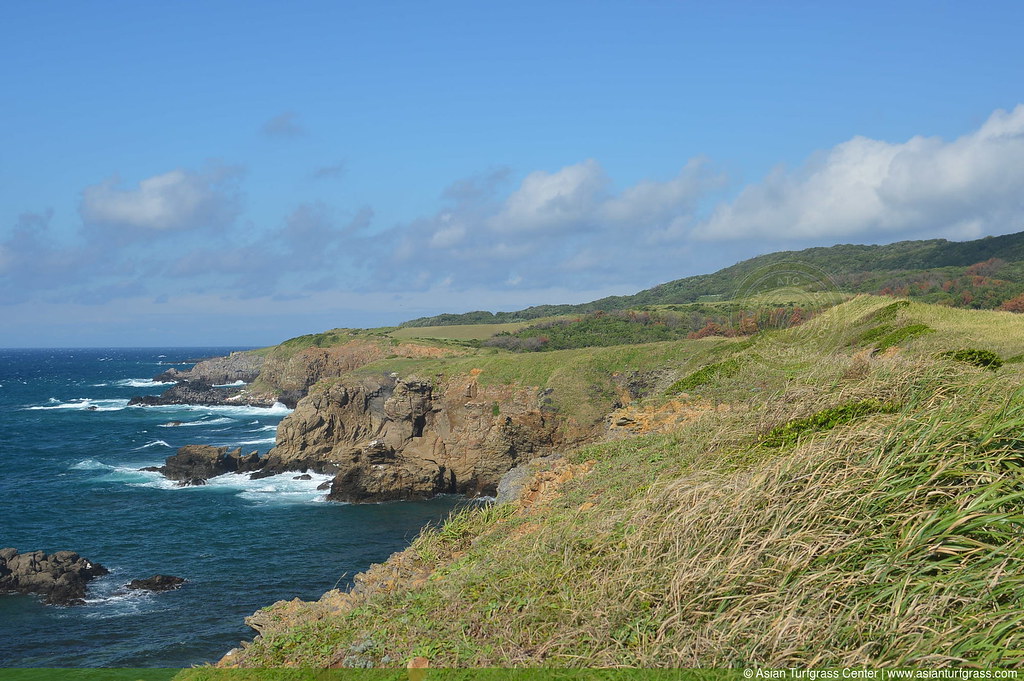 We took a few ferries on this trip. A fast ferry to Ukushima, then another fast one from Ukushima the next day to Ojika, and a larger passenger plus vehicle ferry from Ojika back to Sasebo. 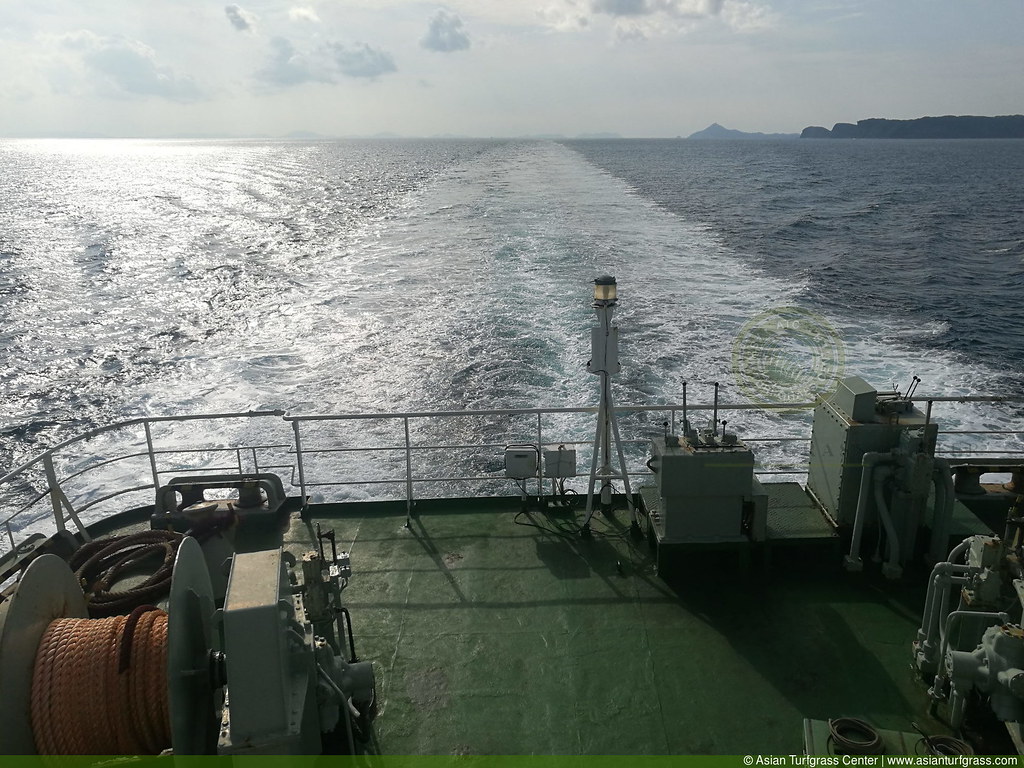 At Ojika, the Hamayu Golf Club covers five holes, and playing four times (for 20 holes) gives a par of 72. We played 10 holes, walking, in just over an hour. The first tee sits adjacent to the fifth green. 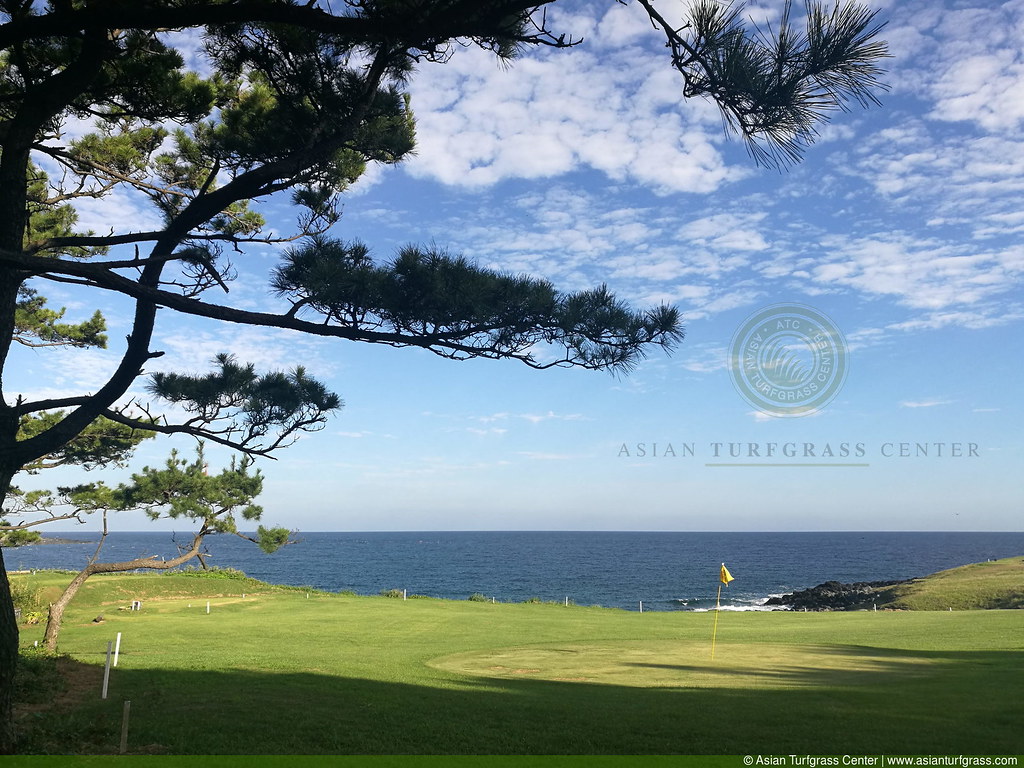 The approach shot to the second hole at Hamayu GC might be the most difficult in all of Kyushu. It’s especially difficult with hickories. 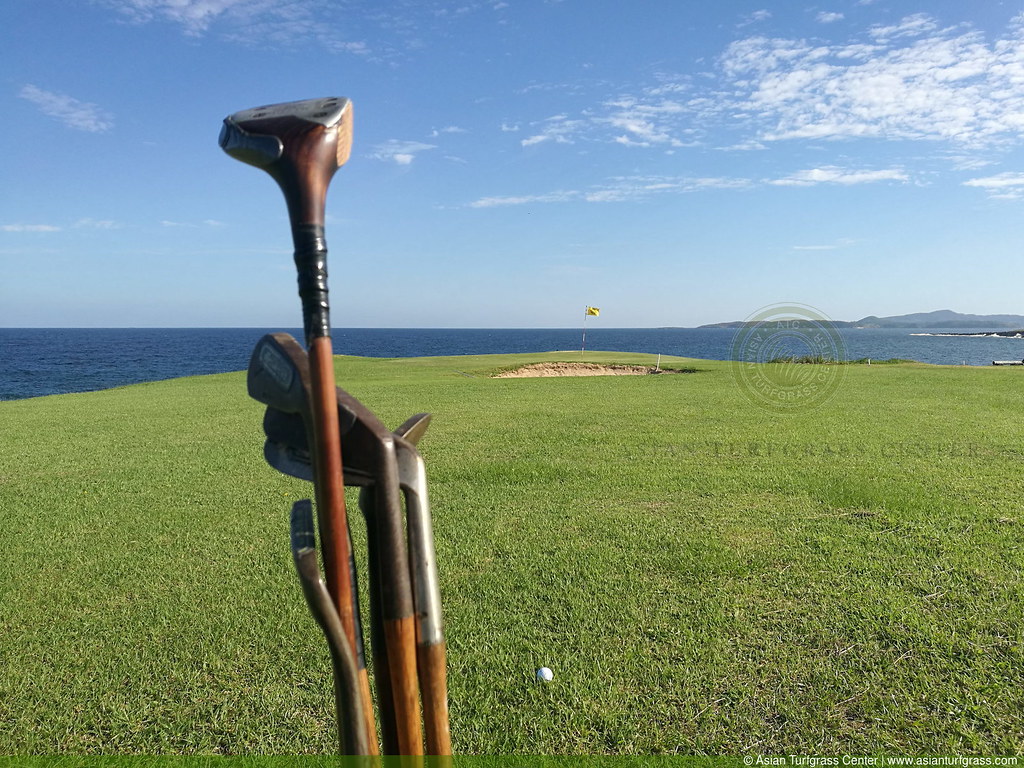 There was less carpetgrass at Hamayu with the sward mostly composed of noshiba and bahiagrass. 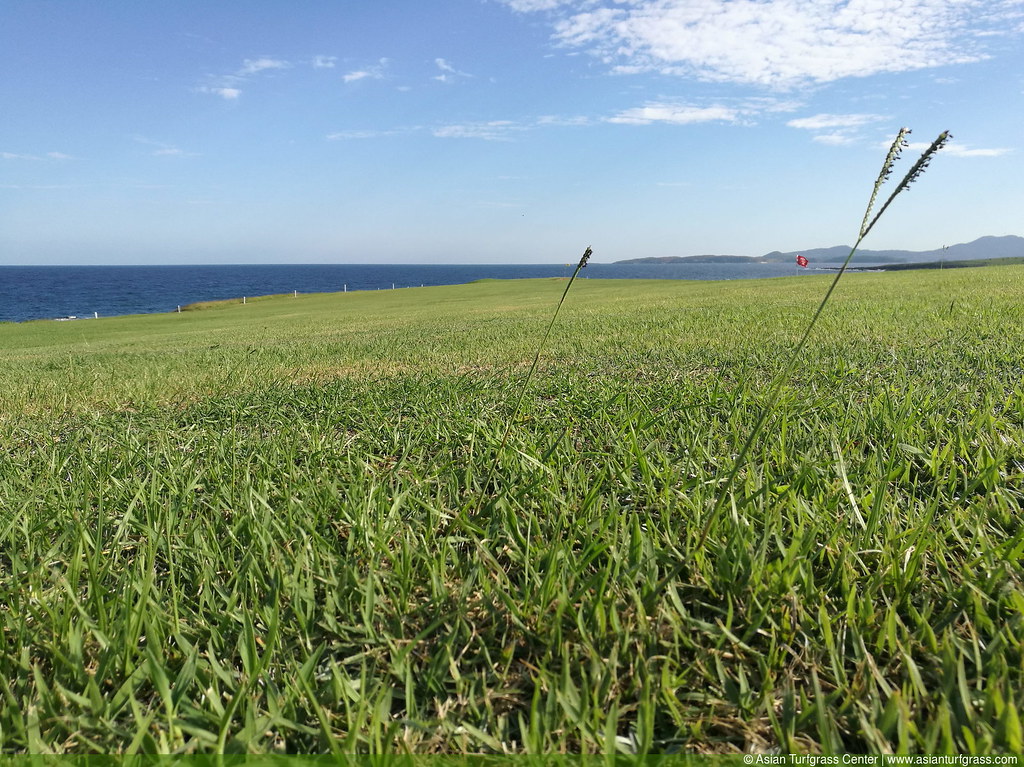 When I scrambled down to the rocks behind the third tee, I found lots of noshiba growing in the rocks. This would typically be korai; in Okinawa one finds Zoysia matrella and Zoysia pacifica growing in this type of environment. 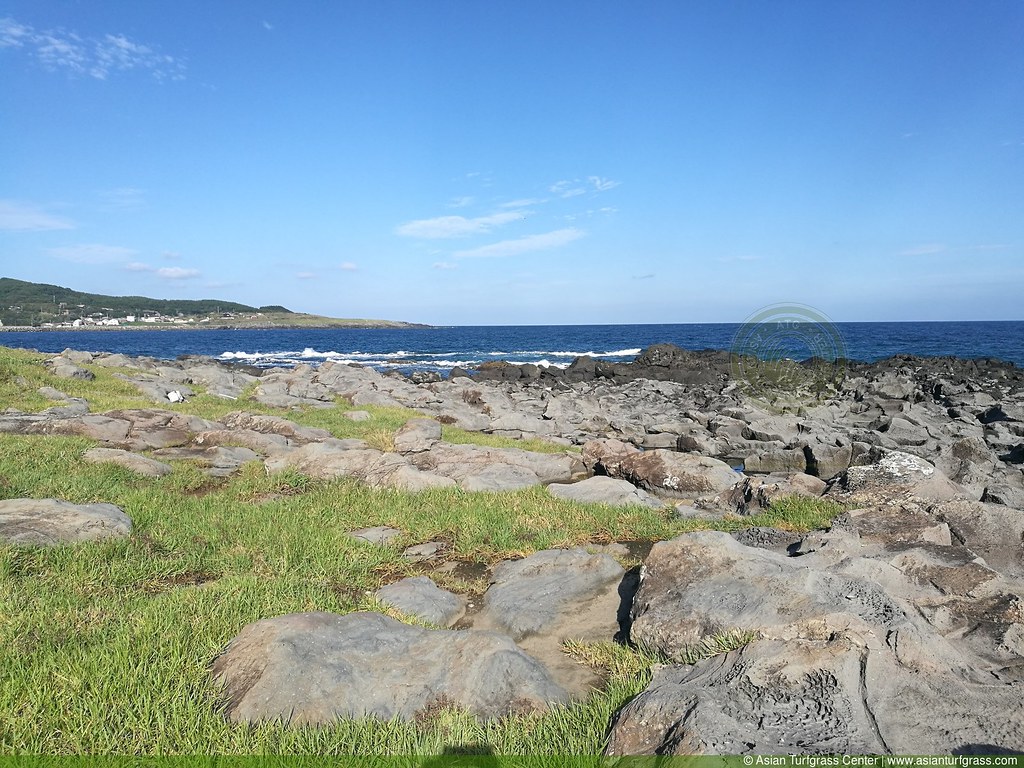 These are great courses for botanizing, and pretty spectacular for golf too.

Our hosts treated us to a great post-round meal with local delicacies before we departed. The local food in Japan is one of the many reasons—gracious hospitality is another—to travel to different regions and to explore golf courses such as these.

When we were walking around town, I saw this beautiful manilagrass. These grasses are growing all over East and SE Asia, and this one has some special attributes. A sample of this grass was collected by one of our party to see how it performs with maintenance. 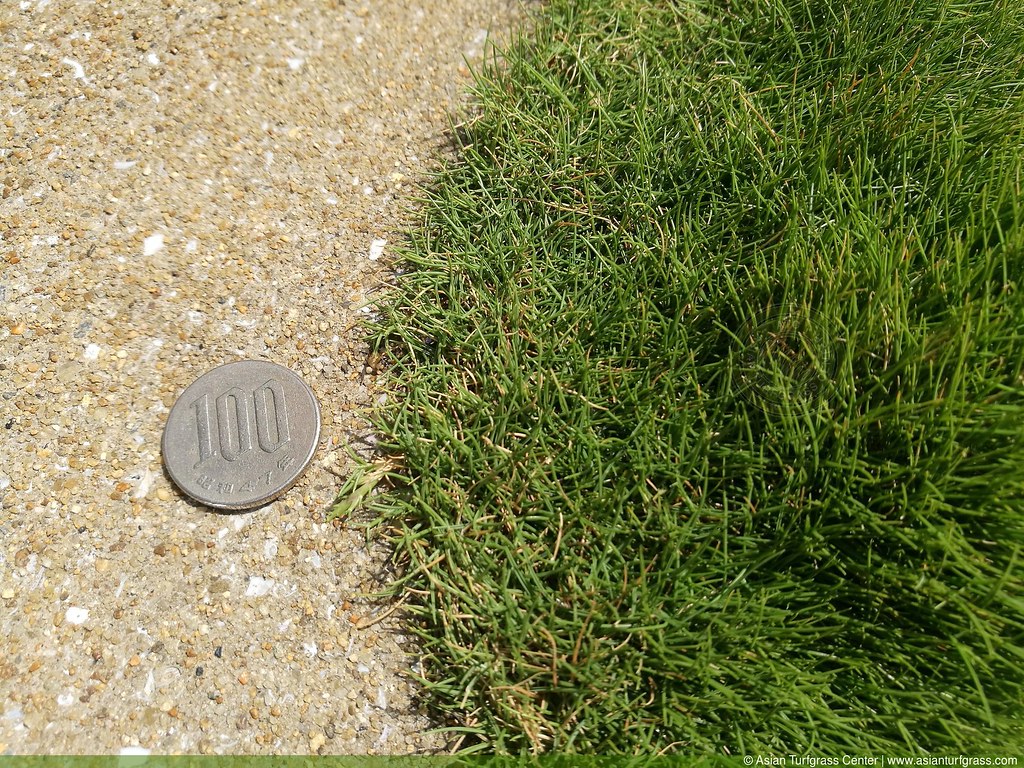 We took this trip in early September, and Andrew Thomson wrote an article about this trip for Golf Digest Choice magazine. When I was back in Japan this month, I went to the bookstore in Osaka, straight to the magazine rack, got a couple copies, and a big smile came onto my face as I remembered this trip.