Planting rates for grass stolons are usually described as bushels per acre in the USA, I think. In Thailand, the rates are often described as mass of stolons, i.e. kg/m2.

I was at a seminar in Thailand a couple months ago, and a speaker mentioned a planting rate of 800 bushels per hectare. One of the audience members asked me what that rate was in kg/m2. Here’s the e-mail I sent with the best answer I could come up with:

I checked about the planting rate of 800 bushels per hectare. I can’t convert exactly to mass/area, but I can explain what the definition is.

1 bushel is about 35 liters of volume [I got this by using Google’s conversion service for volume, which says 1 U.S. bushel is 35.2 L. The Richardson and Boyd paper mentioned below gives the conversion as 1 bushel being 0.055 m3 (55 liters) of volume.]

I think the planting of warm season grasses in the USA involves more shredded sod, and in Thailand it seems like a lot of verticutting, but not so much shredded sod. So you can also check the conversion by looking at the mass of about 35 liters of sprigs.

That’s the best conversion I can make.

This conversion is something that Mike Richardson and I have discussed a few times. We recently did again, concerning the planting rate of manilagrass (Zoysia matrella ‘nuan noi’) nurseries near Bangkok. These fields are planted by taking 1 m2 of sod and planting it to 4 m2. What’s that planting rate in bushels? 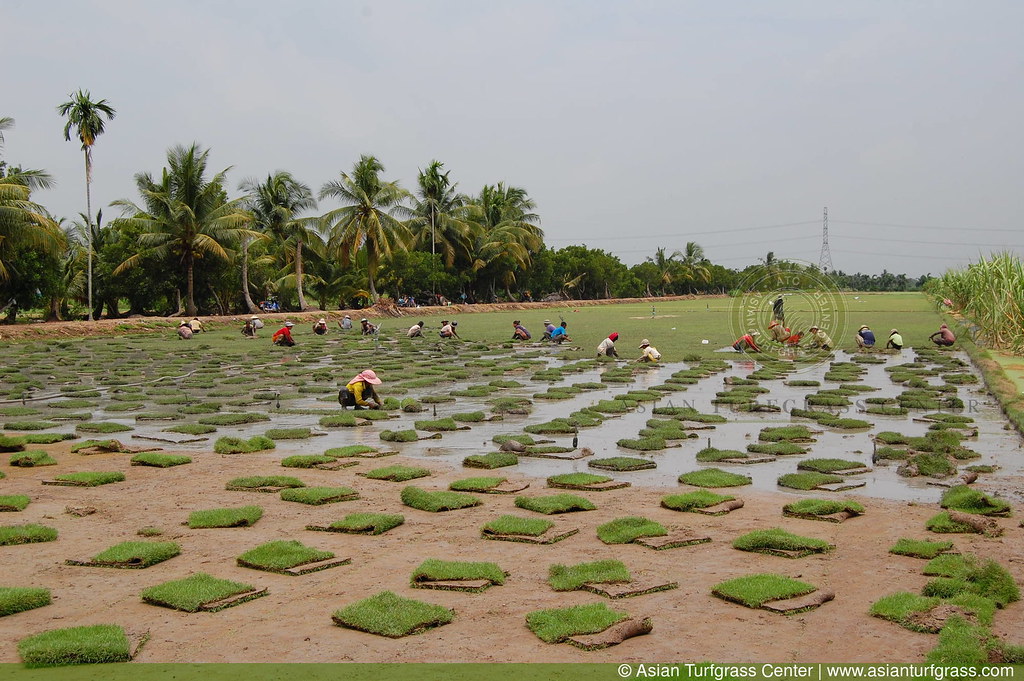 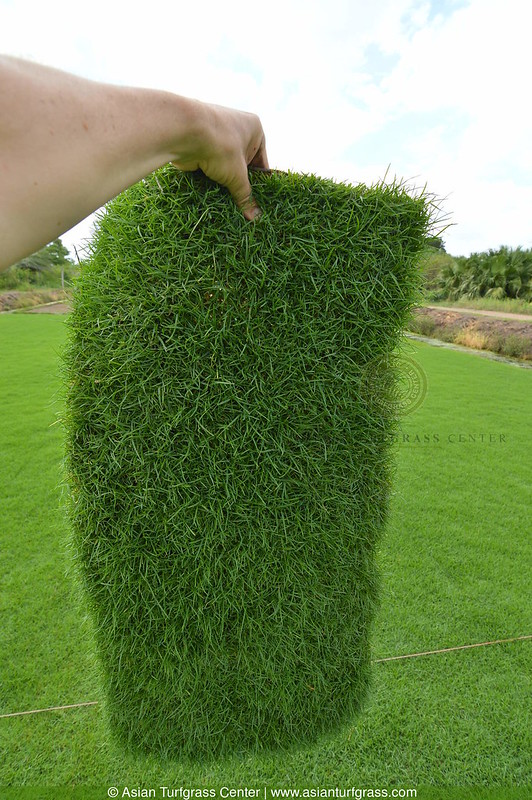 With that rough approximation, the planting rate of 1 m2 to 4 m2 at the nurseries in Bangkok would be about 0.6 bushels to 4 m2, or about 600 bushels per acre.

If we say the thin 5 or 6 week old sod in Bangkok produces the same quantity of planting material as the sod in the USA, then the planting rate to reestablish the nurseries in Bangkok would be about 1200 bushels per acre.