When I led a seminar in Idaho last month about Turf Around the World, I wanted to show a map of the flights I’d taken this year. I didn’t have a map to show then, however, because of some software problems. I fixed that problem and am now back to making maps again. The maps I show here are made with code modified from this example.

And these are the slides for that turf around the world presentation.

When I’ve seen grass that is better than I’ve expected, that has led me to think about what the underlying principles are that allow for, or result in, good turf conditions.

In the sometimes the grass is better than expected category, I saw some great fairways in the Algarve last week. The greens were good too, but for this example I’ll stick to fairways.

These are Tifway 419 fairways at Onyria Palmares. 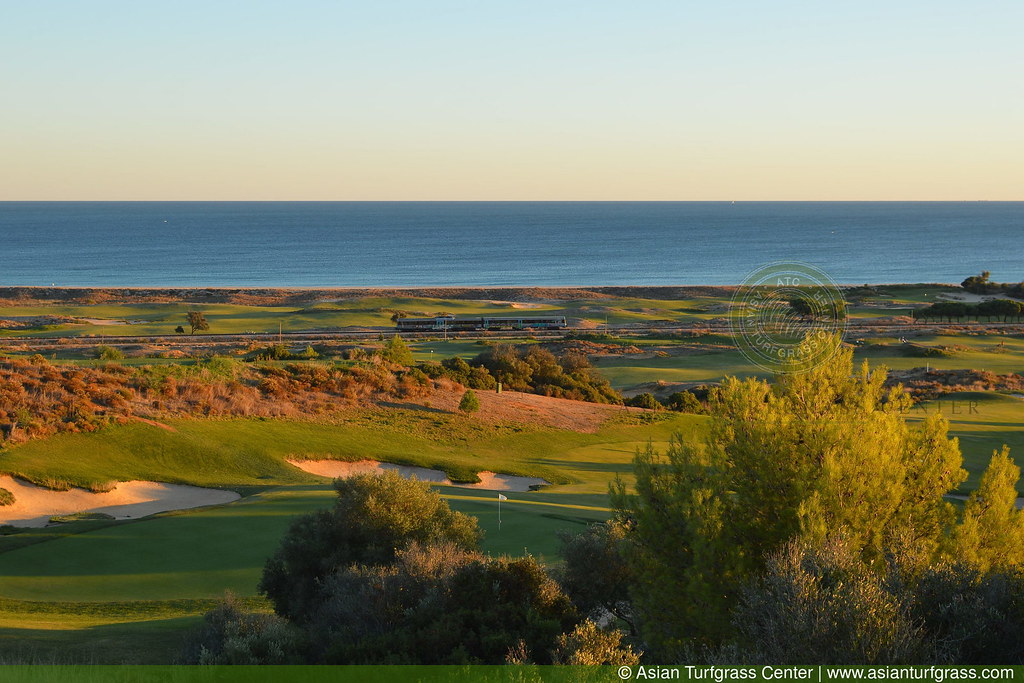 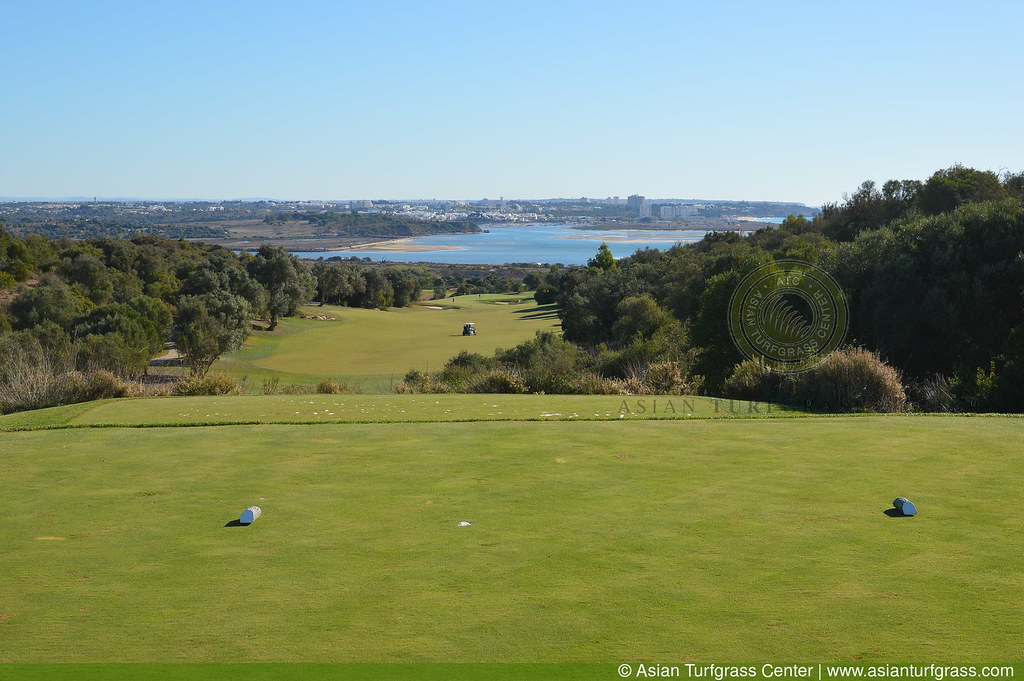 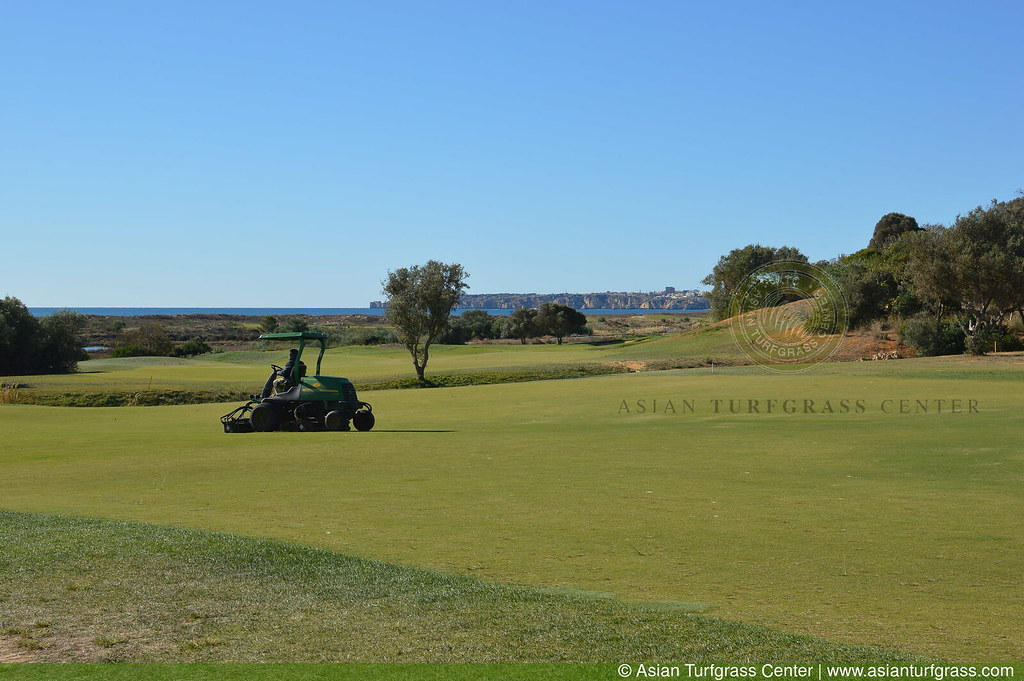 What surprised me? The mowing frequency. Those fairways were mown 27 times in all of 2016. This year, the fairways were mown 19 times through the first 10 months of the year. I was lucky to be there to take a photo of a fairway being mowed; by my calculations, there’s only a 6% chance of that with the amount of mowing that has been done this year.

The Tifway 419 fairways at Monte Rei were also in great condition. 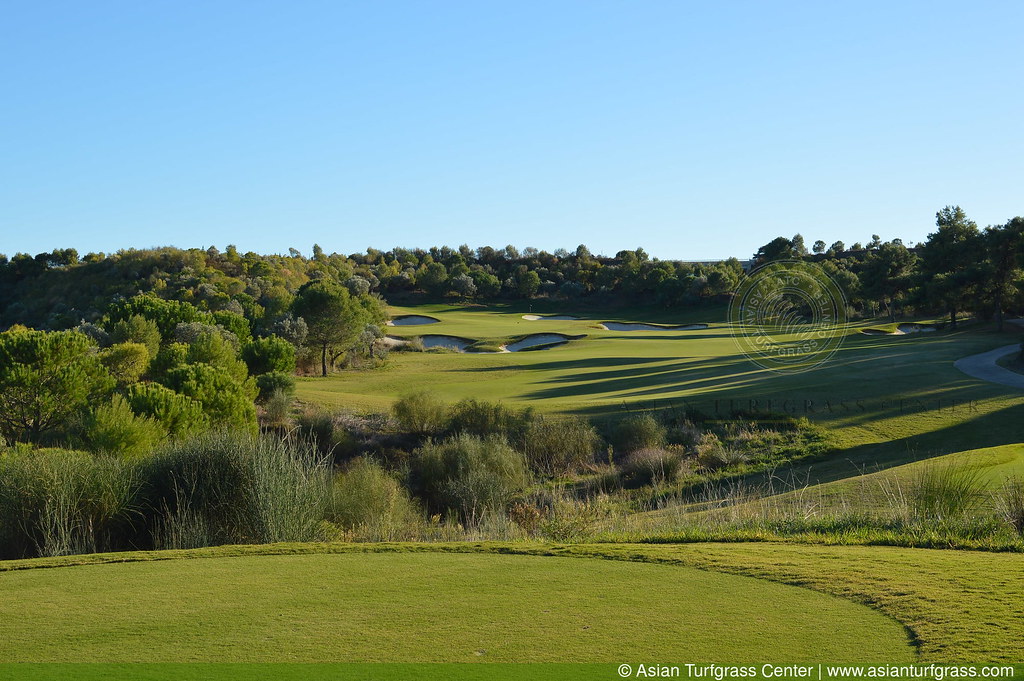 I don’t have an exact count on the number of mows there, but I was told it was definitely less than 50.

Why my interest in this? As I mentioned in the seminar, one of the ways I’ve come to think about turfgrass management is to maximize the ratio between playing conditions and the work required to produce them. For these Tifway 419 fairways in southern Portugal, I think that is a remarkably high ratio. The playing conditions are high, and the work done on the fairways is relatively low.

In Bangkok, as a comparison, bermudagrass fairways would be mediocre (because the climate is not so suitable for this grass) and would require 100 to 200 mows per year to produce mediocre conditions.

I made another map to show flights since 8 August 2013. That’s a lot of airports. And a lot of grass still yet to study, and places still to go.